Since 2010, Taj Accountants has been on a journey to provide assistance in accounting and consultancy to small businesses across London. With Abul Nurujjaman at the helm, they have won many industry accolades, most recently Small Business of the Year 2019 from the London Asian Business Awards. Their success is driven by their dedication, effort, and visionary team.

LOOKING FOR THE FULL PACKAGE

In search of a comprehensive software solution for their busy and growing practice, Taj Accountants turned to BTCSoftware to provide a complete package. BTCSoftware were able to meet their needs with a great product at a fair price, and a user-friendly interface that their team was able to pick up quickly. Combining all the features of industry-leading software and seamless integration with a fantastic support team, BTCSoftware was able to fulfill Taj Accountants’ requirements.

Taj Accountants were concerned about the process of migrating from their previous software to BTCSoftware Solutions. BTCSoftware’s extraordinary support team was able to perform the migration with no difficulties, and Taj Accountants have been impressed by this team of professional, highly skilled individuals.

A high priority for Taj Accountants was data security. BTCSoftware’s Cloud Solution can alleviate their security concerns with a secure, UK-based database, which also creates regular backups in case of unforeseen circumstances that require data retrieval. The Cloud database also means that Abul’s team can work on their clients’ accounts whilst on-site with the client which allows them to meet their clients’ needs as they arise.

Abul Nurujjaman founded Taj Accountants in 2010 after studying AAT following his move to the UK from Bangladesh. He is the current President of the London Region for the British Bangladesh Chamber of Commerce and Industry and is one of the youngest directors of the BBCCI. Before taking up his term as president, he was their Director of International Affairs. His accomplishments have been featured in prominent global journals, including in the Daily Star and Huffington Post.

Abul rates BTCSoftware for their extraordinary support team, the Practice Management functionality and the commitment of Rob Ellis (co-founder and CEO) to the success of both BTCSoftware and its customers.

Founded in 1999, BTCSoftware’s mission is to develop feature-rich, affordable software that simplifies the lives of accounting professionals and makes their practices more productive and profitable.

Do you need assistance? Why not send us an email and we’ll get back to you asap.

Powered by Convert Plus 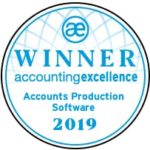